Come and know the Thyssen Museum of Malaga

Come to know the Thyssen Museum of Malaga with Cheap Malaga Airport Transfer. Because the Carmen Thyssen Museum in Malaga is one of the main museums in this city.

Because since its inauguration in 2011 has one of the most important collections of Spanish painting. Which goes from the beginning of the nineteenth century to the beginnings of modernity in the twentieth. It has more than 250 works from the Carmen Thyssen-Bornemisza collection. The Museum also includes a selection of pieces by old masters. It is also housed in the Palacio de Villalón, a 16th century building.

The museum is housed in the palace of Villalón. It is a Renaissance style building. And it houses the collection that the widow baroness Carmen Cervera has ceded to Malaga after a series of conversations with the city council.

The building is in a main courtyard structure with double floor, adding another small size from which starts the tower of the annexed church of Santo Cristo de la Salud. 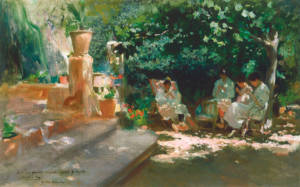 The museum has 285 works that are part of the Carmen Thyssen-Bornemisza collection. And it has different genres of 19th century Spanish painting, from Romanticism to the beginnings of modernity in the first decades of the 20th century. She also pays special attention to Andalusian painting.

There are works by:

In addition to the temporary exhibitions which change according to the season.

Also if you simply need a ride from the airport to your destinationan you don´t want to worry about your rental car, Cheap Malaga Airport Transfer can offer you that service. Contact their services through the website or by calling them on +34 678529572 or +44(0)1216631130.

In addition if you want to know more about Malaga, please do not forget to visit our blog