Concerts in Malaga to enjoy your time while listening

Summer is approaching and with it concerts, festivals and open-air music. And in Malaga five minutes from Malaga Airport in your rented car you can enjoy many concerts in Malaga.

Malaga lives the music with intensity for each of its streets, so there are large concert halls and large venues equipped for it as the Municipal Auditorium of Malaga, the Palacio de Deportes José María Martín Carpena or the Plaza de Toros de La Malagueta, but also small premises and rooms where they also play live music in Malaga as Paris 15, La Cochera Cabaret or Sala Trinchera.

In Malaga you can find pop, rock, indie, alternative, electronic, flamenco, jazz… so you will have no problem finding the style of music you like best and being able to see your favourite artist live.

In addition, Malaga has numerous festivals such as the Ojeando Festival, the Weekend Beach Festival or the Chanquete World Music. Because you like music in this post we present some of the most outstanding concerts in Malaga this summer: 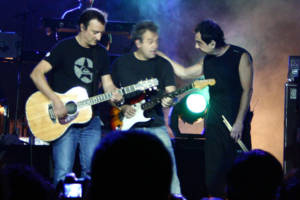 All these and many more concerts in Malaga. Here we bring you only the most outstanding. And remember that you can get to Malaga by renting a car at Malaga International Airport. And to be in your favorite concert in Malaga in less than 5 minutes.

Finally only we must say, please don’t miss them.