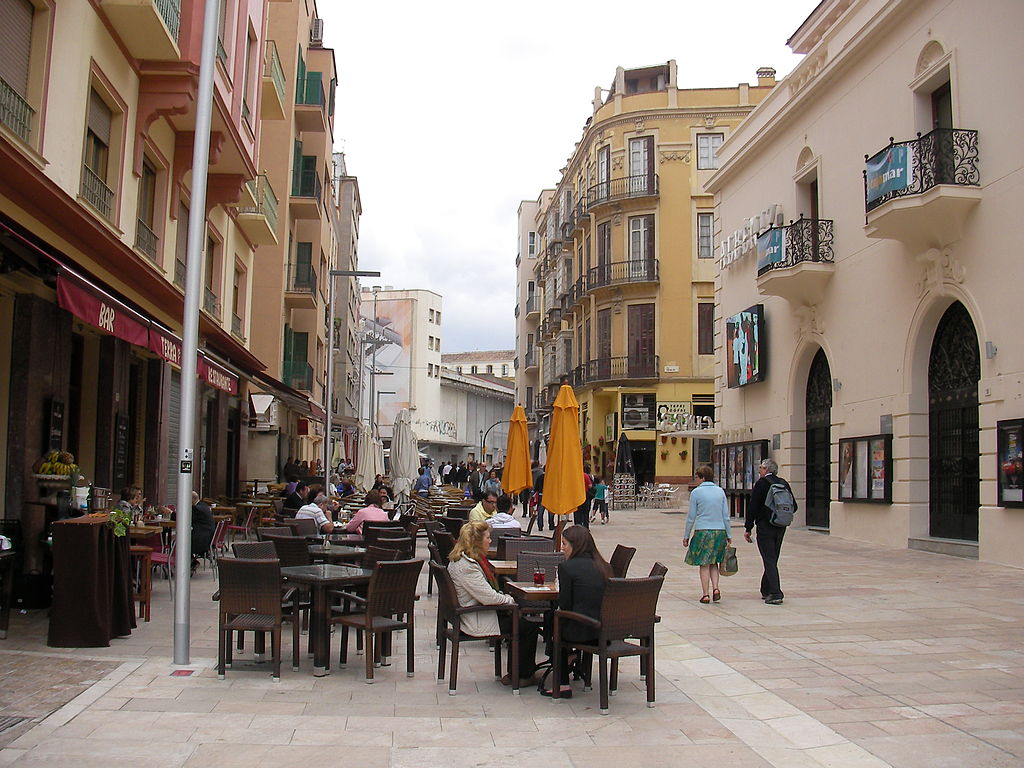 Discover in this post Alcazabilla Street in Malaga. Because it is one of the historic streets of Malaga. And in addition Malaga is not only party, sun and beach. It is also history, art and culture.

But if you want to discover and enjoy all of Malaga, visit our blog. Because every day we bring you more posts with more information.

First of all, Alcazabilla is a pedestrian street in the central district of the city of Malaga.

Its name derives from the Alcazaba de Málaga, which is on a hill next to this street. Also in Arabic would be al-Qasabiya (which could be translated by “Calle Alcazabeña” and in Latin Alcazabilla. Some identify it with the old Calle Monteros and others with the Calle del Alcázar.

At the beginning of the 18th century, the foot of the Alcazaba hill was occupied by a motley group of houses that climbed up the hill. Also on a map dating from 1791, the houses reach the very edge of the walls of the Alcazaba. That is why the Alcazabilla was a narrow and winding street, like those of the rest of the historic quarter.

In addition, in the 19th century it was decided to join it with Calle de la Victoria and from 1922, after several reforms, it was widened.

The discovery of the Roman Theatre in 1951 and the subsequent demolition of the Casa de la Cultura in 1995 meant a break in the street that was split in two by the great urban void formed by the gardens of Ibn Gabirol and the site of the Theatre. The current remodelling of Alcazabilla street aims to restore the balance by generating a new plaza-mirador space.

Its length is approximately 250 meters north-south from the Plaza de María Guerrero to the Plaza de la Aduana.

The opening of the Alcazaba tunnel in 1999 allowed the pedestrianization of Alcazabilla street in its entirety. It also has free zones in which there are terraces of bars in its closest stretch. In the central part of the street is located the rear façade of the Picasso Museum which has a tree-lined garden next to the Jewish Quarter of Malaga, which serves as a junction with Calle Granada. Through this area you can access to the traditional Taberna de El Pimpi (Tavern of El Pimpi).

On the side closest to the slope of the Alcazaba is the 1945 Albéniz cinema building. Next to this building is the interpretation centre and the Roman Theatre of Málaga. In the central area of the track there is a small glass pyramid that allows us to observe the archaeological remains found in the subsoil, mainly garum pools.

The Romans used in the construction of the theater of the natural slope of the hillside on which sits the Alcazaba of Malaga. Whose access to the public is at the other end of the street Alcazabilla. There is also a small garden: Jardines de Ibn Gabirol (Gardens of Ibn Gabirol) with a sculpture in homage to this Malacian Andalusian poet and philosopher.