First of all, if you like music read this post carefully to enjoy the Interactive Museum of Music Malaga (MIMMA).

Because this museum opened in 2003 consists of more than 1,000 instruments from different periods, countries and cultures. That is why it is one of the most complete private collections in Spain. And also because of its variety as well as its size.

The museum is now located in the Palacio del Conde de las Navas on Calle Beatas in the historic centre of the city.

Because it used to be in the subway of the Plaza de la Marina when it opened in 2003.

Characteristics of the Interactive Museum of Music Malaga

The main feature of the museum is that it allows the interactivity of the visitors. But it also organizes activities of musical divulgation. For example, the poster “Please, play” encourages the public to learn through their own physical experimentation. When in other museums it is normal to say the opposite.

There is a circuit in which the visitor interacts with the museum by means of explanatory panels. In addition to graphic systems, there are also audio inputs. And a lot of musical instruments which introduce you to music and allow you to organize your own visit. 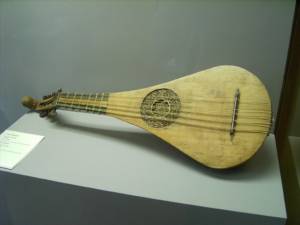 It should also be noted that in the MIMMA collection there are around 400 instruments on display and more than a thousand in total.

Because it is a representative selection of the instrumental panorama of the world. It also offers, by means of the most advanced technologies, all aspects of music. This is why we can understand the meaning of silence up to the transformation of music into an object of consumption.

The instruments and musical objects on display are in nine rooms:

How to arrive to enjoy the Interactive Museum of Music Malaga