Famous Theatre Plays of Malaga in 2019, enjoy this season!

Famous theatre plays of Malaga because this city has a great tradition of theatre plays and concerts. Because it’s normal that every season famous and classic plays are premiered or performed. In this post we want to show you some of the most famous plays that will be seen this year.

First of all, Manu Sánchez returns to give his picturesque, funny and musical rally as The Good Dictator, third and last installment of the trilogy on Monarchy (The King Only), Church (The Last Saint) and State.

A demagogue politician with a populist and easy discourse that will, as it already did, delight the respectable and impressionable public.

A wolf in the skin of a lamb that will propose the most infallible of systems, the one that has not failed because it is the only one that remains to be tested. The solution to all problems: a good people dictator.

The Orquesta Ciudad de Málaga will perform this concert:

From 18 July to 4 August, Famous Theatre plays of Malaga

The most Famous Theatre Plays of Malaga: WEST SIDE STORY

The original Broadway classic. With a duration of 2 hours and forty minutes, this musical will  perform in the Cervantes Theatre.  From 18 July to 4 August 19. West side Story is the most famous theatre plays of Malaga this summer. 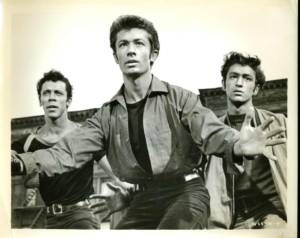 Because from the first note to the last breath, West Side Story is one of the most important and representative musicals of the universal theatre.

In addition, the story continues as moving and current as the first day. Because its music recognize unanimously  as one of the best in the history of musicals. Also their original choreographies they occupy a place of honor in the legend of contemporary dance.

The plot takes place in the 1950s. New York becomes the setting for the musical version of the greatest love story of all time, Romeo and Juliet.

Capuletos and Montescos become two rival youth bands: the “American” Jets and the Puerto Rican Sharks. They dispute the dominance of the streets of the New York West Side. Which is a neighborhood almost entirely by immigrants.

Their struggle to survive in an atmosphere of hatred, violence and prejudice shapes one of the most exciting, heartbreaking, beautiful and relevant stories of musical theater.

Finally just to say that all these plays and many more you can visit by renting a car at Malaga Airport.