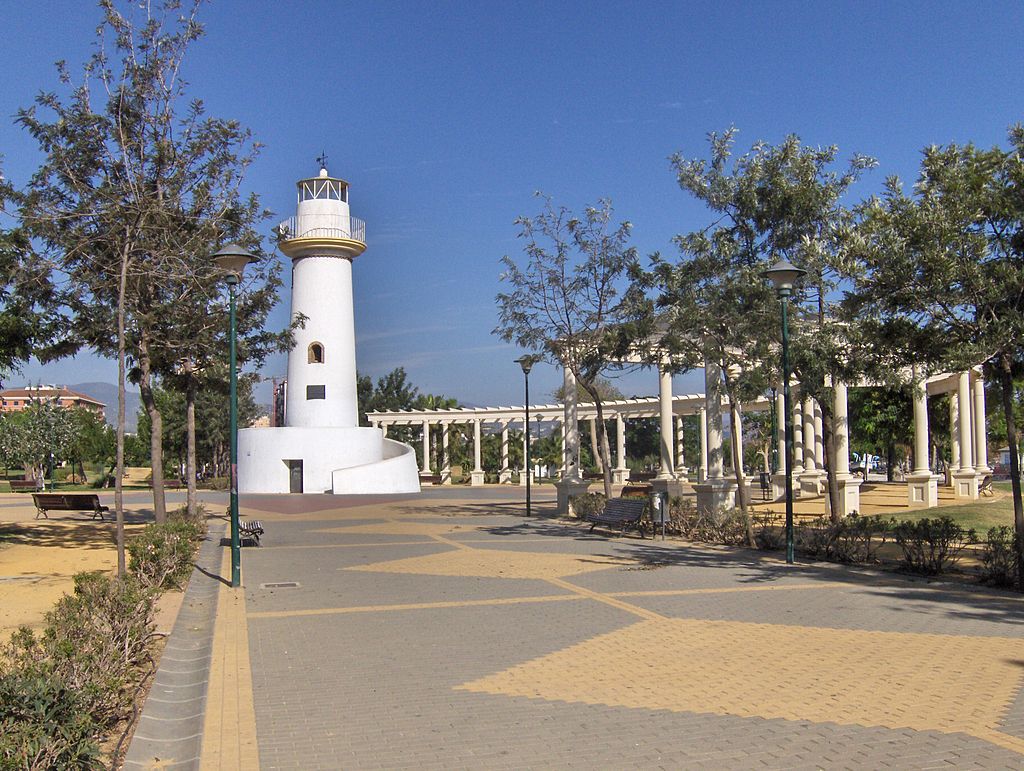 Malaga Huelin Park is between the Jardín de la Abadía and Huelin neighbourhoods. It is a great place in the city of Malaga because it is very close to the historic center and next to the promenade.

This park is located in the area of greatest logistical and administrative expansion of Malaga. It is also one of the great green spaces of the city.

When the Malaga Huelin Park inaugurated

Huelin Park was inaugurated in 2002. In addition, there used to be an industrial area here that remained closed. Because its lands were contaminated.

The Campsa deposits had been in the area since 1933. Which was the company in charge of supplying oil to all of Spain. 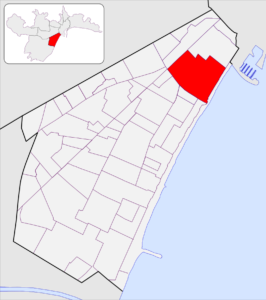 The Huelin Park covers an area of some 32,000m2 and has extensive green areas. It also contains more than 30 different species of trees and plants.

It has a large lake that occupies the central part of the park. In the middle of which there is an islet with palm trees and a small fishing boat.

One of the sides of the park is bordered by a small artificial stream, crossed by a beautiful wooden bridge.

There are also swings for children of all ages. In addition there is a multisport court to play football or basketball. There is also an outdoor gymnasium, a rose garden and a dog park.

Another point of interest is the large lighthouse by the lake. In the vicinity of the Park there are several restaurants and bars.

Furthermore, walking along its large tree-lined avenue, we come across two sculptures. The first is a bust dedicated to José María Martín Carpena. Victim of an ETA murder. The second is the monument dedicated to the volunteers from Malaga.

And all this a few minutes in your rented car from Malaga Airport, so get excited and grab your loved ones to drive through this amazing places in Malaga!