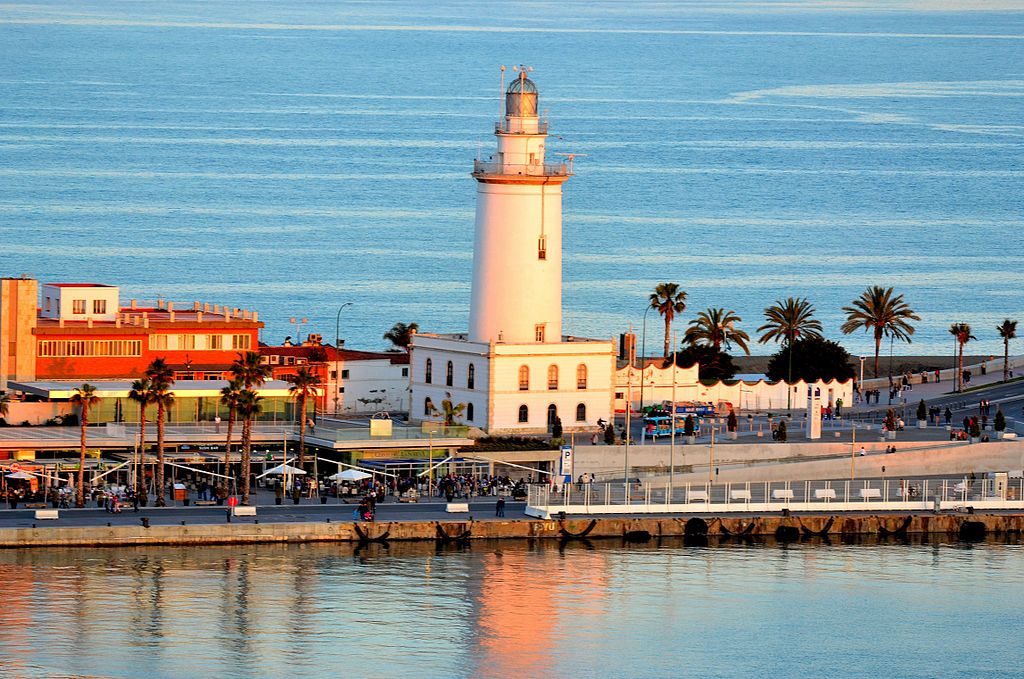 In this post we present you another of the symbols of Malaga: La Farola. One of the few lighthouses with a woman’s name.

And if you want to know all the curiosities of Malaga, don’t forget to visit our blog. Because every day we will surprise you with a new post.

La Farola is a lighthouse at one end of the port of Málaga. By the engineer Joaquín María Pery y Guzmán, its construction completed in 1817. When it was at the entrance to the Port of Málaga. La Farola de Málaga is a symbol of the city and gives its name to the promenade where it is located.

History of this symbol:

For an entire century there existed in the same urban space a wooden lantern that fulfilled the functions of a lighthouse and was designed in 1717 by the French engineer Bartolomé Thurus.

The earthquake in Andalusia in 1884 left the lighthouse’s light mechanisms inoperative. Which was repaired in 1885 from the technical damage suffered. In 1909 the lighthouse keeper’s house was enlarged. And the base was reformed by adding one more floor that gives it the current original façade. Later in 1913 the optical mechanisms were reformed again. In these works the engineer Mauro Serret participated in the calculations and the house Julius Pintsch AG before Bauklempnerei founded by Carl Friedrich Julius Pintsch (1815-1884) of Germany in the mechanized ones. They gave it its characteristic of 31 flashes, which it still preserves. In May 1916 a float basement bathed in mercury was installed.

During the Spanish Civil War, on August 28, 1936, the streetlamp of Malaga was extinguished by order of the Marine Command. Still under the orders of the Republic, as its silhouette served as a reference to naval artillery and the aviation of the rebellious Army. The Central Committee of the Republican Fleet ordered that it painted earth-coloured, with dark and light spots to camouflage it. In spite of this, it suffered serious damage during the war, because of which it had to be rebuilt in 1939.

At the end of the 20th century, due to the extension works of the functional perimeter of the port. Due to La Farola has been located in the middle of the port enclosure. A car park will be under La Farola. While the lighthouse will be the future Museum of the Port of Málaga.

Curiosity of this symbol of Malaga

It is also, together with the Sea Lamp of Santa Cruz de Tenerife (Canary Islands). The only lighthouses in Spain with a feminine name.