Because within the city of Malaga, the mountains of Gibralfaro and Victoria stand out. Which have a lot of Aleppo pines.

A residential area was built on El Arroyo Toquero. Recently, the upper part of the stream, where there were still populations of corridor toad, pintojo toad, chameleons and bee-eaters, has become a concrete drainage.

In Malaga it is still possible to observe reptiles and amphibians such as the already scarce chameleon, the common salamanders, the Iberian lizard, the common frog and the common toad. There are also many species of birds, including the yellow-legged gull, the shaded gull and the black-legged gull. These can be found in coastal urban areas.

Flocks of pinto starlings and turtle dove are frequent, as are allochthonous species such as the Argentine parrot. The fox and the common hedgehog are the mammals present in the urban peripheries, as well as the common rat, adaptable to any urban area.

Vegetation from all over the world 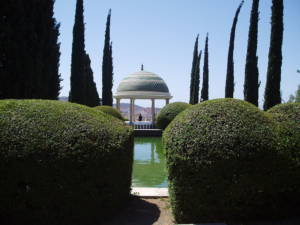 In both of them, thanks to Malaga’s subtropical and Mediterranean climate, you can observe species from Australia to South America. Without forgetting many that come from Asia and Africa.

And all this is less than five minutes from Malaga International Airport in your rented car.